Seen in “Beck Comes Back”.

The Beck Victory Deluxe is designed and assembled by Jason Beck. The custom design was created by Beck since it matches his personality and color scheme. Its inferiority to the Big O is highlighted when it attempts to rise from underground, similar to the Big O, but gets stuck halfway. Beck Victory Deluxe fired missiles from its chest as well as laser beams from its fingers. The Big O decapitated the head with Sudden Impact.

Beck Victory Deluxe can rapidly spin its hands to form cone shapes from which laser beams can be fired.

These missiles can be fired from 2 circular panels in Beck Victory Deluxe's chest area to attack opponents from a distance. 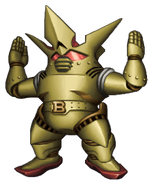 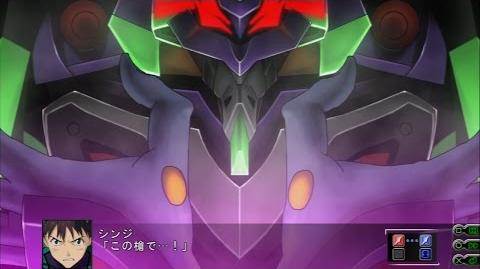