Seen in “The Show Must Go On”.

Big Venus appears briefly in "The Show Must Go On" after Angel realizes her role in Paradigm City and transforms into the megadeus. Venus' design is almost identical to Big O, with the exception of a redesigned, albeit similar, face featuring a rictus grin, and a pair of wings it is shown to have in a flashback to the Event. When it appears in the present day, it appears with inverted colors and its wings are removed. Big Venus has the power to alter people's memories and reality itself and is responsible for erasing the memories of all of Paradigm's citizens 40 years ago. It would have done so again but Roger confronts Big Venus this time, which begins erasing everything simply by walking past it until only the 2 Bigs remain. Roger uses his skills as the Negotiator to convince Angel to let people keep their memories, as Big Venus slowly approaches. Big O and Big Venus then walk into and pass through one another, and Roger is able to confront Angel as the Director. Big Venus may be the command version of the Big models, as it is seen overseeing the Big-type megadeus rampage in flashbacks of the Event.

The name “Venus” alludes to the “morning star” and the fallen angel of Christian mythology, Lucifer. “Venus” also refers to the Roman name for Aphrodite, the most feminine and beautiful of the ancient Greek Goddesses. 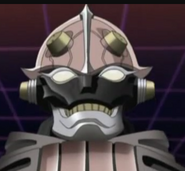 The head of Big Venus, without inverted colors 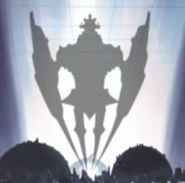 The shadow of Big Venus

The ominous presence of Big Venus during the event. 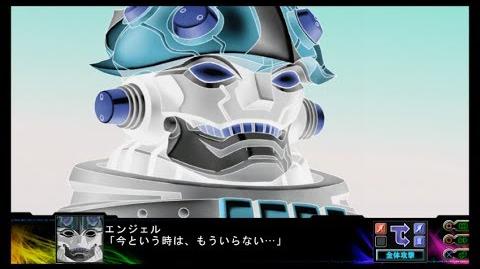